Some words in medical literature have different meanings from what we usually understand. Shock is one of them. It is not the natural response to a surprising event. In medicine, shock is a severe condition that involves cardiovascular abnormalities.

In this article, we will review what a septic shock is and what happens in the body during this life-threatening condition. We will also show you data about how frequent it is and the mortality rate, the signs, symptoms, diagnostic tests, and medical treatment.

What is a septic shock?

Septic shock is a life-threatening condition featuring multi-organ dysfunction associated with a severe infection. There is a very dangerous change in organ function due to an exaggerated immune response known as sepsis. So, septic shock is one of the complications of sepsis, which features persisting hypotension, a reduction in blood perfusion, and the severe inflammatory response characteristic in sepsis.

Patients in septic shock require urgent medical treatment to diagnose their condition and reduce the mortality risk. The signs and symptoms are alarming for doctors and patients and should receive attention in an emergency room. Patients often remain hospitalized for several days to solve septic shock and trace the origin of the infection.

What happens during a septic shock? 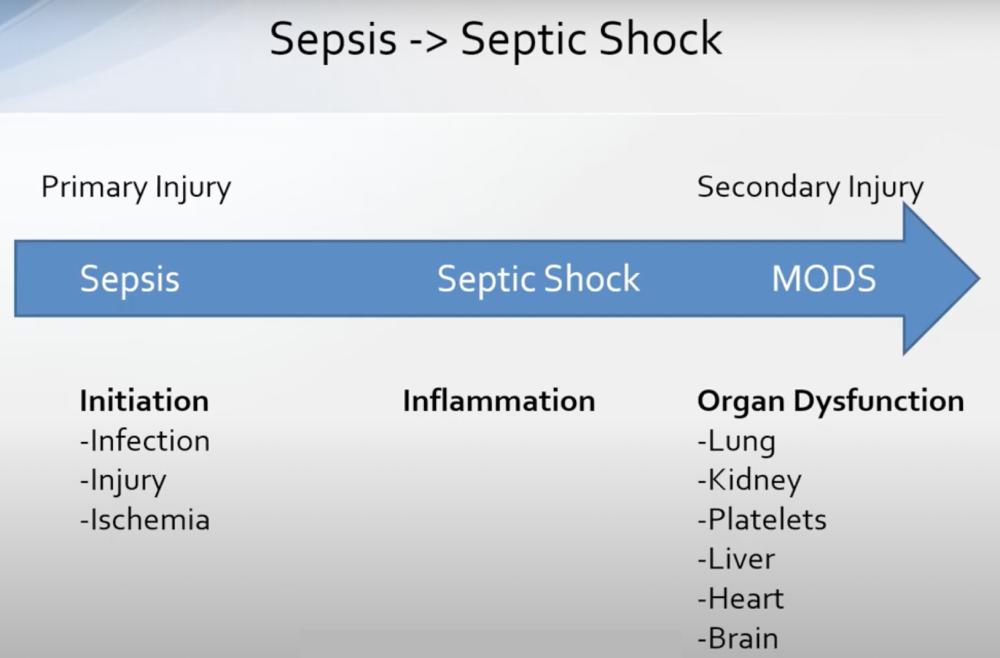 Septic shock is a very complex condition that involves the immune system and its relationship with the source of infection. We can see the same immune response in a septic shock, but instead of being located in the affected tissue, it is found throughout the body. For example, a severe kidney infection would trigger the release of inflammatory cytokines, which cause vasodilatation, an accelerated influx of monocytes and neutrophils, changes in coagulation, and an increase in endothelial permeability.

In septic shock, all of these body reactions are found inside and outside the kidneys. This immune reaction causes thrombosis in organ capillaries, endothelial damage, edema, and inflammation on a systemic scale. It is an exaggerated inflammatory response that is not only found in the organ currently triggering the infection.

The exact pathophysiology of this condition is not entirely understood. However, we know that the most dangerous abnormalities in septic shock have to do with alterations in the circulatory system. Coagulation abnormalities, hypotension, hypoperfusion, and endothelial damage slowly cause organ dysfunction, not limited to the infected organ. That is why it is also known as multi-organ failure.